Drinking chocolates are made of traditional chocolate, and chocolate is made of cocoa. Cocoa, on the other hand, is a powder made from the ground seeds of cocoa fruit found in the humid tropical forests of South and Central America. Both the health and nutritional properties of cocoa were already appreciated by the Maya and Aztecs, who called cocoa "the drink of the gods". There is also talk today about how healthy drinking chocolate is. The most important properties of cocoa include:

Cocoa can be purchased in many forms: chocolate, drinking chocolate, powdered cocoa powder or crushed cocoa beans. To this day, the most popular cocoa on the Polish market is DecoMorreno.

Ceremonial cocoa is the so-called cocoa paste produced in a traditional way from the highest quality unprocessed cocoa beans. The type of cocoa from which ceremonial cocoa is made and the very process of its production are subject to strict rules and a precisely defined procedure. The beans must come from native cocoa beans, i.e. cocoa beans that have never been altered by humans in any way. Ceremonial cocoa comes in the form of a pressed paste and is thick, fatty and with a very distinct flavor. It is the purest and best-quality cocoa in the world.

"Prepare 200 ml of milk, add 2 tablespoons of your favorite powdered chocolate (approx. 30 gr), and then heat it, stirring constantly, until the chocolate dissolves."

Homemade hot chocolate can also be made using a dark chocolate bar. Bitter drinking chocolate is sweetened with sweet cream as follows:

“In a saucepan, heat 500 ml of milk and 200 ml of 30% cream. Then add 100 g of dark chocolate and stir until the chocolate melts and becomes smooth and creamy. Optionally, we add 2 tablespoons of vanilla sugar. "

And the hot chocolate is ready!

When preparing hot chocolate, we are limited only by our imagination. The traditional recipe is based on three ingredients: dark chocolate, heavy cream and milk. But how many traditionalists are there among us? There are many variants of making liquid chocolate, and the multitude of products in stores only encourages you to experiment.

Especially popular is white drinking chocolate, which is a much milder and more milky version of dark liquid chocolate. Equally popular is hot chocolate with raspberries, which consists in adding raspberry jam to the brewed drink. Fans of spicier flavors should definitely try thick drinking chocolate with chillies, and those who want refreshment - iced chocolate, which is perfect for hot summer days.

Drinking chocolate and cocoa at Coldsea 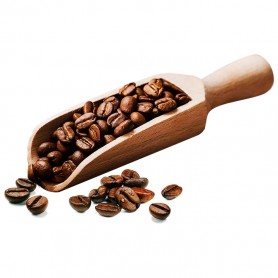